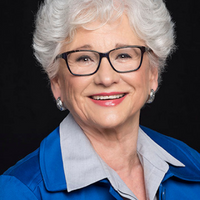 Storytelling, especially Texas stories, is part of Myra Hargrave McIlvain’s heritage from the time of her birth in the family’s hundred-year-old log house in Northeast Texas, to the family's move to Houston where Myra grew up. Her writing career began with the publication of a family humor column that spanned the years she raised her children.

A move to Austin offered the opportunity to write Texas historical markers and articles about Texas that appeared in the US, Mexican, and Canadian newspapers and in magazines such as TEXAS HIGHWAYS.

McIlvain has written six nonfiction books about famous and infamous Texas sites and characters. Her most recent, the award-winning TEXAS TALES, STORIES THAT SHAPED A LANDSCAPE AND A PEOPLE, is a collection of 113 of her favorite Texas history blog posts.

McIlvain's historical fiction includes STEIN HOUSE, A GERMAN FAMILY SAGA and THE DOCTOR'S WIFE both of which chronicle the development of the thriving German seaport of Indianola on the Texas coast. The characters in those award-winning books have recently returned in a sequel, WATERS PLANTATION, which opens in 1875 post Reconstruction Washington County.

Watch this site for A LONG WAY HOME, the story of a woman who fulfilled her dream of escaping her abusive husband when the North Tower fell on 9/11.