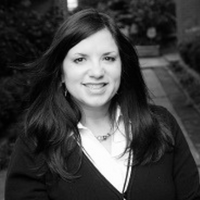 Valerie Sweeten, a native Houstonian based writer, began writing as a teen composing poetry. She went on to publish articles in local magazines while attending college until graduating from the University of Houston in 1990.

After graduation, Valerie began working as an editorial assistant for People Magazine’s Southwest Bureau in 1991 in addition to freelancing for the Houston Chronicle in 1992. While at People Magazine, Valerie published several articles including one cover/collaboration Houston based, Teen Pregnancy story, and coverage of President George H.W. Bush after his presidency.

Valerie’s work with the Houston Chronicle since 1992 to the present has covered a wide range of material throughout the Houston Ultimate Neighborhood News sections as well as their various Special Sections. Specializing in feature writing, her stories included coverage on area businesses, education, food, employment, local events, personal profiles and much more.

In 2009, Valerie was nominated for a Barbara Jordan Media Award for the Texas Governor’s Committee for People with Disabilities and then again in 2010. In the next few years, she became a contributor for The Buzz, a local community magazine group, the Houston Business Journal and with www.Examiner.com as their Houston City Buzz reporter.

Additional experience includes working with Service Corporation International in both the Corporate Communications and Digital Marketing departments as well as contract jobs in book editing and freelance writing assignments.

In 2014, Valerie published her first children’s book, Shh, Listen: In the Rainforest, and in 2015, she launched her own lifestyle blog, www.HotinHoustonNow.com, which details events, food, theatre and more throughout Houston. In 2016, Valerie’s second book, Shh, Listen: On a Safari was published, and by 2017 was accepted into the Houston Museum of Natural Science’s gift shop for sale.

Over the years, she has collaborated with numerous non-profits such as Catholic Charities and Neighborhood Centers, Inc. developing brochures and websites. In her free time, Valerie has contributed her services to agencies such as Healthcare for the Homeless, the Lupus Foundation, and Bering Omega Community Services for AIDS. She also has been a two time Career Day Speaker by invitation at her alma mater, St. Pius X High School in Houston.

Valerie, a lifelong reader who enjoys cooking with her family, resides in Houston with her husband, David, their four children and small pack of mini-dachshunds.